The Confederation of the European Otorhinolaryngology and Head and Neck Surgery, CEORL-HNS was established in 2009 with the main objective of uniting the forces of

UEMS ORL Section and Board - the specialist section of the UEMS

in an effort to create one voice for ORL-HNS in Europe and beyond.

With the establishment of the European Union, it was necessary to “harmonize and improve the quality of training of medical specialists in Europe”.  Therefore, in 1958 UEMS (European Union of Medical Specialists) was founded. In 1962 the UEMS ORL Section was formed. In 2005 UEMS ORL Section represented 25 European ORL-Societies in the EU and 4 observer societies in Europe, two delegates per country.

EUFOS was founded in Paris 1985 with the purpose not only to create another organization or congress, but also to unite all forces in Europe with the aim to strengthen European ORL in the world. The challenge for EUFOS was better knowledge of the single ENT doctor about our important societies IFOS (International Federation of Oto-Rhino-Laryngological Societies), EUFOS (European Federation of Oto-Rhino-Laryngological Societies), EAORL-HNS (European Academy of Oto-Rhino-Laryngology – Head and Neck Surgery) and UEMS (Union Européenne des Médecins Spécialistes) ORL section. EUFOS represented 44 national societies, two members per country. 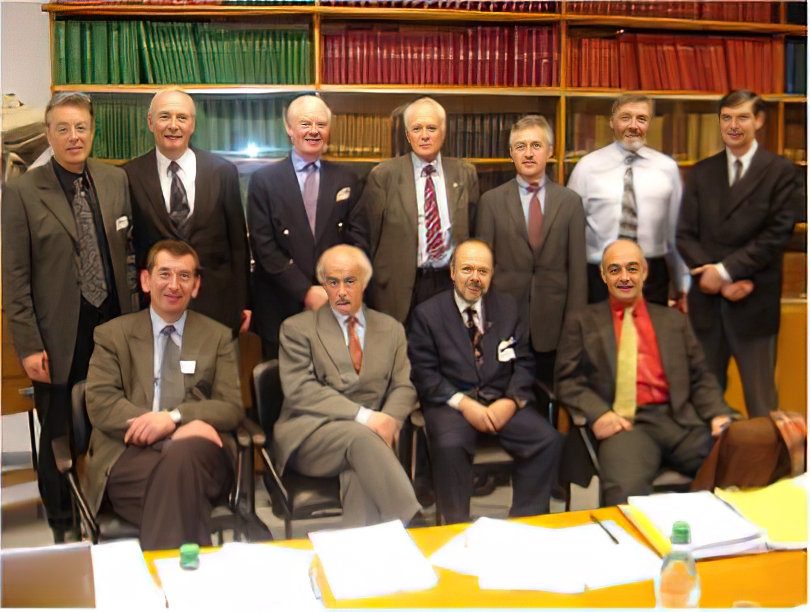 This was the driving force behind forming the European Academy of Otorhinolaryngology, Head and Neck Surgery (EAORL-HNS) to bring together all of the European sub-speciality organisations in collaboration with EUFOS and UEMS. The EAORL-HNS was registered in Vienna in 2005 EAORL-HNS represented 15 subspecialty societies.

In 2007 started discussions between the President of EUFOS, Professor Jan Olofsson, and the first President of the EAORL-HNS, Professor Klaus Jahnke, they agreed to work for a merging between both societies to the benefit of European ORL-HNS. These discussions were very much catalyzed by the Presidents of the EUFOS congress in Vienna, Professor Klaus Albegger and Professor Heinz Stammberger. The energetic work of their Secretaries, Professor Milan Profant (EUFOS) and Professor Marc Remacle (EAORL-HNS) and the respective Treasurers, Professor Jean-Michel Klossek and Professor Manuel Bernal-Sprekelsen was greatly acknowledged. These discussions were strongly supported by the President and the Secretary of UEMS-ORL, Professor Reidar Grénman. A suggestion of a European Confederation was born. The ideas were laid forward and agreed upon by the executive committees of both organizations at the ELS meeting in Barcelona and agreed by both General Assemblies in Mannheim at the EAORL-HNS meeting held in collaboration with EUFOS by the end of June 2009.

According to its constitution, its full members were EAORL-HNS and EUFOS, both of which are registered associations, and the UEMS ENT Section.

Following the adoption of a new constitution allowing for direct membership of all European subspecialty societies and national ENT societies in CEORL-HNS, the process of creating a single body representing ENT in Europe was finalised at the General Assembly of CEORL-HNS on June 8, 2015 in Prague, and both EUFOS and EAORL-HNS have been officially dissolved.

If you want to be updated on the activities of the Confederation of European Otorhinolaryngology - Head and Neck Surgery, subscribe to the newsletter through the following link